Sam Marsh, Sheffield UCU, follows up on his earlier post for HE Marketisation (6 November 2017), giving 10 reasons why USS is a “scandal waiting to bite back”. The University and College Union will announce the results of its national ballot for strike action in response to the threat from universities to end guaranteed pension benefits on 19 January.

If you’re reading this, you probably know that there’s a lot of fuss over the Universities Superannuation Scheme (USS), the pension fund for academic and related staff at some of the biggest universities in the country. You’ve probably heard that things aren’t as black and white as some would lead you to believe. But what is it that’s getting people upset? Quite simply, the process of determining the health of the fund appears to be rotten. Here are ten reasons why you might consider what’s happening to be close to scandalous.

As part of their 2017 valuation, USS included a `best-estimate’ of the fund’s health. The result was quite startling. On this measure, they hold a huge surplus, significantly over £8bn. That’s more than £20k for every USS member. And this figure is up on 2014, where it has recently been admitted that the scheme held a £3.5bn best-estimate surplus.

The 2017 valuation also included a best-estimate for how much of our salaries needs putting aside to secure the current benefits. Our current contributions of 18% for employers and 8% for employees turn out to be a significant over-payment, with USS estimating that 22.5% in total would be sufficient. 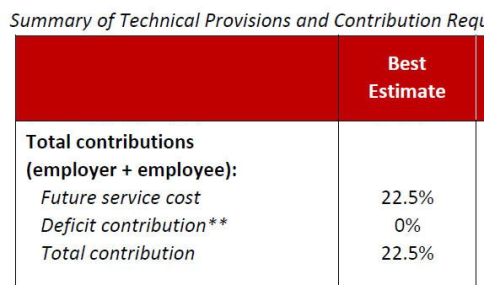 Reason 3: ‘de-risking’ causes all the problems

Much has been made by USS of the need to de-risk the scheme, with plans to sell off growth assets (equities, property etc) and replace them with low return investments such as government bonds, in order to ‘match liabilities’’ Much less has been made of the fact that this de-risking is responsible for almost all of the deficit, and that canceling it would allow benefits to remain unchanged at the current contribution rate.

Using USS’s projections for investment returns, we can compare the asset growth both with and without the de-risking plans. And the results aren’t pretty. The de-risking is expected to cost universities an eye-watering £11bn over the next 20 years. This will come in the form of increased employer contributions, and will almost certainly be found by squeezing the amount being paid towards future pension benefits.

The most shocking thing about the plans to de-risk investments comes from the graphs below, taken from a USS presentation to Imperial College. The graphs show that, 10 years into the future, the de-risking offers almost no protection against adverse events. Here, the figures for the worst 1% of possibilities (next to the ‘99%’ arrow) are extremely similar whether de-risking or not. In other words, the risk has barely been reduced by the costly change to investment plans. Inexplicably, universities had not been shown this information when they were consulted on how much de-risking they thought appropriate.

Reason 6: USS have been resistant to showing their workings

In September, USS sent its draft valuation to universities, but had no plans to release it publicly. After significant pressure from USS members, including a petition signed by almost 2,000, the draft valuation finally entered the public domain, courtesy of the University of Sheffield. Unfortunately, the document still left plenty of unanswered questions, with the justifications for the assumptions offered way below academic standards.

Reason 7: the Pensions Regulator intervened at a crucial point

Just as USS started consulting with universities over the draft valuation, the Pensions Regulator wrote an explosive letter to the USS trustee board questioning their assessment of the robustness of the university sector. This intervention, while not publicly released, was passed to universities as they were forming their responses, and is mentioned explicitly in some of their submissions. It may well have contributed to the calls for increased de-risking that Universities UK (UUK) say characterised the responses. 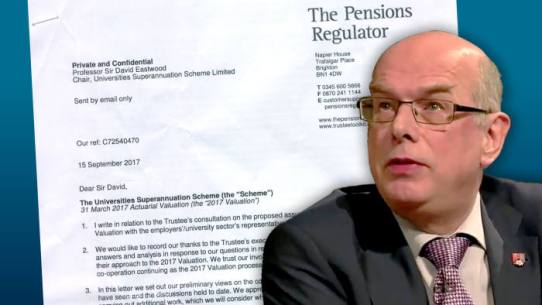 Reason 8: closing the defined benefit scheme could cause spiraling costs

Counter-intuitively, USS is more stable as an ongoing scheme than if its defined benefit section is closed. Presently, USS has more coming in each month than it pays out (positive cash flow), and is forecast to do so far into the future. Closing the scheme will quickly push it into negative cash flow, at which point assets must be cashed in to pay benefits. The result will be increasing pressure to de-risk as the scheme winds down, which will lead to increasing costs. Warnings of taking such an approach have come from Ros Altman (former pensions minister) and Brian Souter (President of the Institute of Chartered Accountants of Scotland) among others.

Reason 9: UUK tried to spin the effects of their proposal on income

After Universities UK tabled a proposal in November to close the defined benefit section of USS, it was inevitable that people would want to know the effect on their retirement income. After a significant delay, UUK released modelling in December which, they claimed, showed that people would receive 80-90% of what they would under the previous arrangements. Unfortunately, this modelling was a masterpiece in spin, with investment forecasts used which were significantly higher than those in the USS valuation (and which would show a surplus if applied there!) along with a host of other sleights of hand. Un-spinning the proposals shows that 50-75% would have been a more accurate claim.

Reason 10: much better solutions are available

Even accepting some of the dubious calculations and de-risking plans, there are much, much better solutions than that which Universities UK is painting as the only option. Defined benefits could be retained with a small increase in contributions subject to slightly reduced terms. UUK could rethink their requests for heavy de-risking and hence keep the costs down. Thinking longer-term, solutions could be found which look towards collective defined contribution, a way of fairly apportioning all proceeds of a fund’s growth to the members of the scheme. It is worth noting that this final approach seems to have broken a deadlock in the dispute over pensions in Royal Mail, which for a long time appeared to be heading nowhere.

Source: ‘How UUK’s pension proposal could be greatly improved on, at no cost or risk to employers‘, Mike Otsuka, 26 November 2017

So there we have it. Whether or not this valuation ends up widely acknowledged as a scandal, time will tell. But Universities UK have done serious damage to their reputation by attempting to pull the wool over the eyes of their staff. And it’s hard to see how that won’t bite them back.

View all posts by graveriddle

6 thoughts on “Guest Post: Ten reasons why USS is a scandal waiting to bite back” 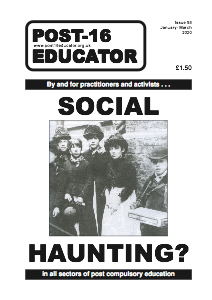 Coventry Trades Union Council (TUC) brings together trade union branches and their members from across all sectors across the city.

Home of the higher education debate